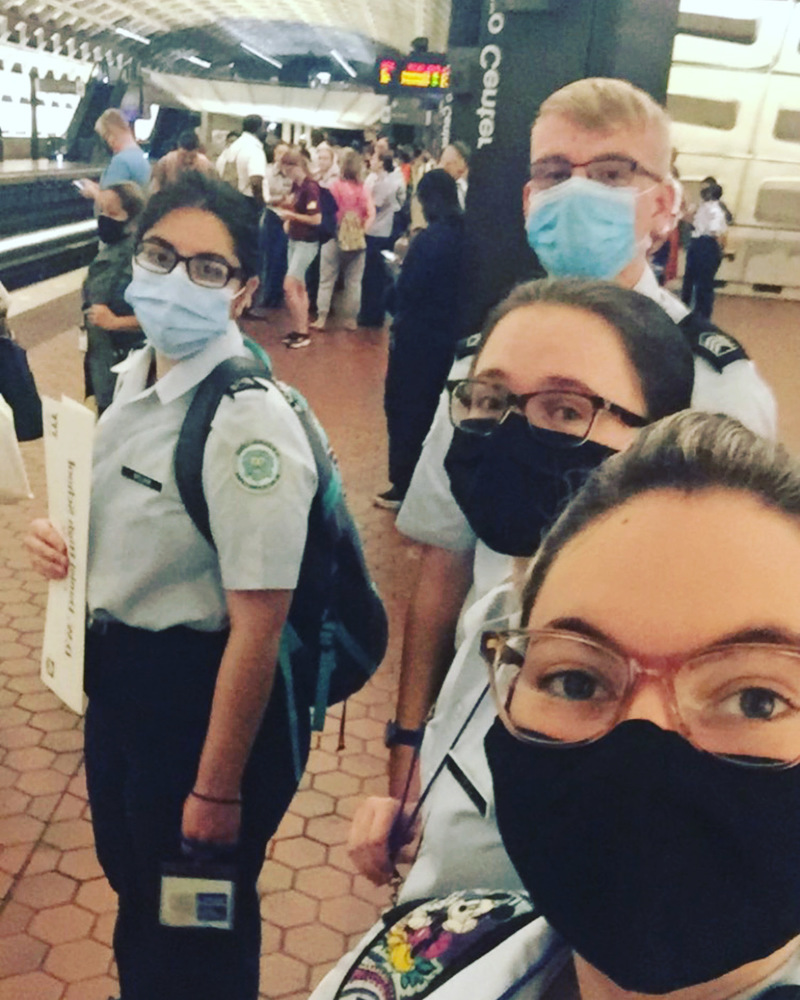 The Daniel JROTC Academic Team, composed of Kyla Malone, Hannah Cory, Leanna Crowe and Michael Rash, is in Washington, DC to compete in the 2021 U. S. Air Force JROTC Academic Bowl Championship. This event is being held on the campus of The Catholic University of America, July 23-27, 2021. This event is sponsored by the U.S. Air Force JROTC and is conducted by the College Options Foundation.

D.W. Daniel’s JROTC team earned top scores out of the 470 Air Force JROTC academic teams that competed from around the world in the first two competition rounds. This team is one of only sixteen Air Force JROTC Academic Bowl teams, in the nation, that won an all-expense paid trip to compete in the Championship event in DC. The cadets are tested on their knowledge of core curriculum such as math, science, and language arts as well as current events, citizenship, and leadership skills.

We are so proud of our Lions!